Posted at 13:24h in News, Press by Sarah Harris
Share

Curated by Arms Around the Child, the World Music Village is a vibrant celebration of cultural diversity. This year they are returning to deliver a multicultural smorgasbord of musical sounds and cultures from around the world including reggae, Latin, Afro-beats, Eastern European rock, jazz, blues, folk, Bollywood dance and UK bangra.

Its renowned World Music Village will include the incomparable Neneh Cherry, a reggae masterclass from UK legends Macka B and Black Slate and leading UK Bhangra exponent Des-C.

Topping the bill and requiring no introduction whatsoever is award-winning rapper and songwriter Neneh Cherry. After finding global acclaim following hit single Buffalo Stance Nenah has been a fixture on the hip-hop ever since and her DJ set on Saturday is sure to be a Victorious highlight.

Also headlining is British reggae star, performer and activist Macka B, a firm favourite on the UK scene for more than 30 years and still carrying the torch. He is supported by UK reggae originals Black Slate who have been dazzling crowds world-wide since forming in London in 1974.

Also featured is UK Bhangra pioneer Des-C. Well known in the burgeoning UK scene as an energetic entertainer Des-C is also rightfully renowned for his song writing skills having created tracks for acclaimed Bollywood movies. His first album First Flight is set for release this year making this a great opportunity to catch his performance before he becomes a household name!

Elsewhere on the newly revealed bill is afrobeat and urban funk from Matuki, Latin dance vibes from Duke Bossa, amazing folk punk from Sasha Ilyukevich & the Highly Skilled Migrants, steel pan sounds with the Pan Jazz International Ensemble, African beats from Fellowship of The Groove, Emiliyah and the Mighty Z Allstars, the Mikkee Majestic Sound System and many, many more.

The World Music Village also features the ever-popular People’s Lounge – a space dedicated to collaboration, imagination and liberation. Across the weekend there will be a host of fun hands-on workshops, happenings and of course lashings of amazing world music from Vanchango, Rob Milner, Rich Muscat & The Southsea Groove Collective and many more besides.

Held in the spectacular seaside location of Southsea overlooking the Solent, Victorious Festival is an amazing family friendly experience with the best live acts, an enormous free kid’s arena, bustling markets, real ale, real food and an atmosphere not to be missed.

With early bird tickets still available at an unbeatable £30 for Friday and £37 Saturday / Sunday, Victorious Festival remains the most fun for the family available for the price.

For tickets and details go to: www.victoriousfestival.co.uk 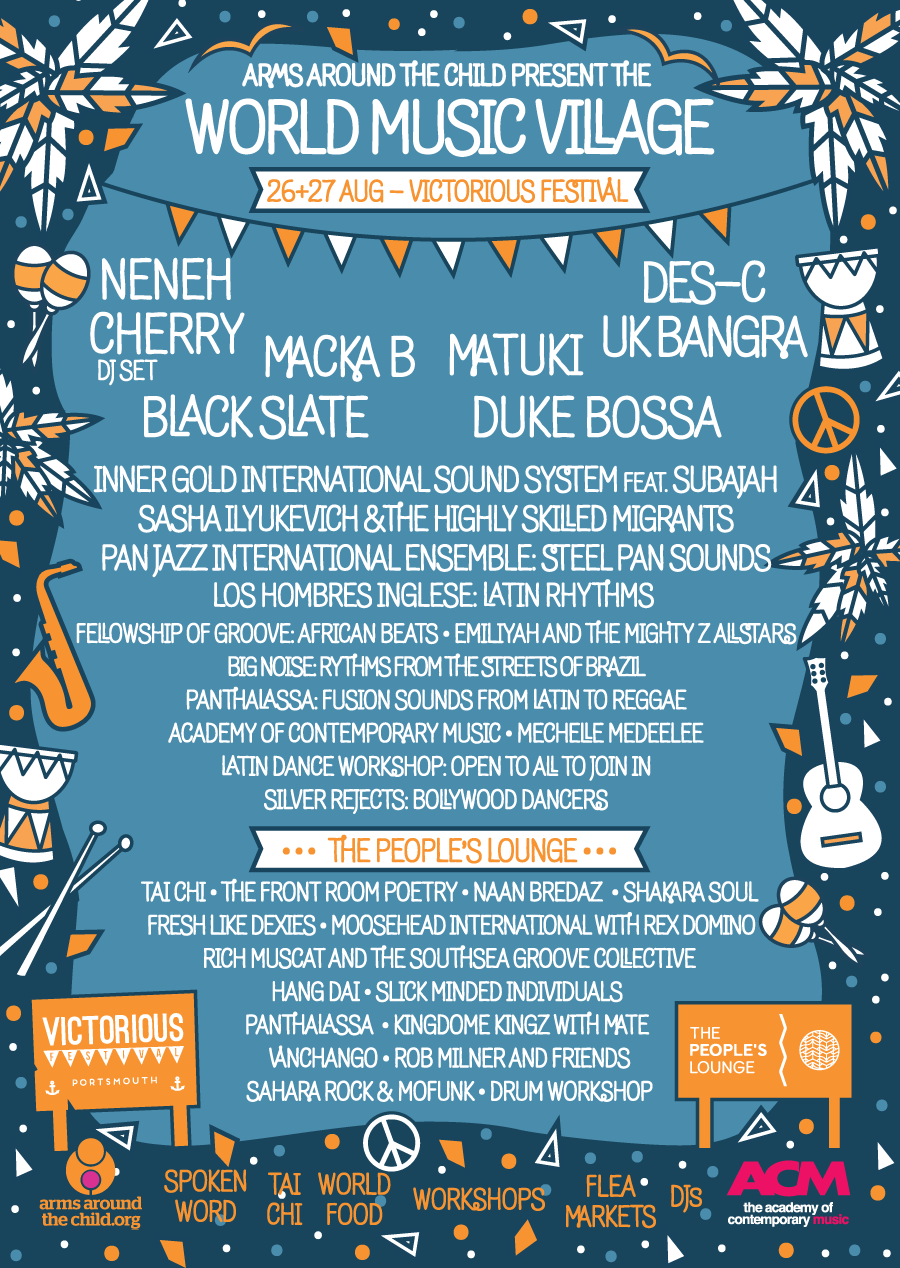