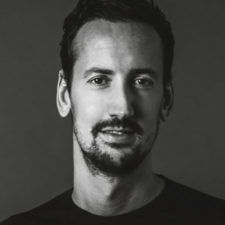 Seb is the founder & CEO of a global digital creative agency called WMA. With offices across London, New York & LA, Seb’s agency are dedicated to helping talent & brands connect with their target audience through digital excellence. Previous to setting up WMA, Seb spent 12 years at Sony Music UK heading up the Digital Division where he oversaw the digital marketing programme for the labels wide roster of artists, including the likes of One Direction, Daft Punk, Olly Murs, Justin Timberlake, Paloma Faith and Beyonce to name a few.

In addition to being appointed the youngest director at Sony Music in 2009, Seb has also picked up 7 Digital Music Awards and was featured as the youngest entry in Marketing Magazines Next Generation Power 100. He previously sat as a BIMA chair entertainment judge and was shortlisted for a Revolution award, along with being featured in the 2013 & 2016 BIMA Digital Hot 100.