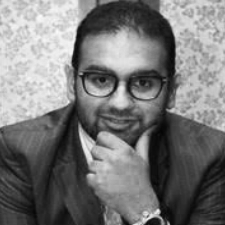 Rahul Kapoor is the Co-founder of Excedo Luxuria, specialising in Bespoke and Haute Luxury. Rahul is an international entrepreneur and is also a Board Member & Founding Partner of RRS  Enterprise Investments.

Born in Kent, England, Rahul is the son of an entrepreneurial father and mother.  He set up his first business at the age of 16 with a mere £700 saved up from birthday money over the years. He has now interests in companies spread across ten countries including India, UK, USA, Russia and Switzerland.

In 2006 Rahul received an Entrepreneur of the Year award for his IT Security business, from the (then) Young Entrepreneurs Association. Following this, in 2009 Rahul went on to win the Britain’s Business Elite Award received from WHO’S WHO. Both these awards are deemed as a significant honour in the world of entrepreneurship and emphasis the credentials which make Rahul and his businesses such a success.

Rahul’s main business focus is now with RRS Enterprise Investments, founded by his younger brother, younger sister and him, they focus mostly on the rarest and smallest of brands.  The company has been investing in and aiding the growth of exclusive and avant-garde luxury brands which offer bespoke jewellery, custom creations, haute horlogerie, artisan accessories, shoes, bespoke jeans and lifestyle creations

The groups flagship firm is Excedo Luxuria; since Excedo Luxuria’s inception in 2006 Rahul and his company have been a tangible investor, but in 2010 Excedo Luxuria joined the RRS Enterprise Investments portfolio through a 100% acquisition. Excedo Luxuria is one of the worlds only dedicated Haute Luxury specialists, focused on offering old world class with rare and highly investable luxury creations.

The firm represents a strong portfolio of brands including Cecil Purnell Haute Horlogerie, Geneva based creating only Tourbillons as well as Hayari Couture and Perfume, the French artisan couture dress and fragrance specialist, among others.