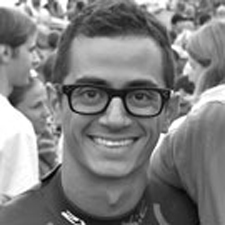 Tarek Mouganie, a Ghanaian Lebanese national, is a founding member and the COO of Tyndaris, a progressive financial family based in London.

Tarek started his career as a post-doctorate researcher at the University of Cambridge after completing his PhD in Applied Superconductivity at the age of 22. He developed a process to mass produce YBCO coated conductors and then helped his industry sponsors commercialise his research, eventually leading to a listing in London on AIM. Soon after the project ended, Tarek took up a role in Corporate Finance at Deloitte & Touche where he helped advise large Private Equity firms on mergers and acquisitions, including commercial and financial due diligence, bolt-on acquisitions and divestitures.

Following two years at Deloitte, he was poached by a founder of GLG Partners, Europe’s largest Hedge Fund, to work as a forensic analyst on investments in global equities, financials and emerging markets. Following the acquisition of GLG Partners by Man Group, Tarek moved on to work for two years as a Director to the CEO, COO and Head of Sales of Man/GLG, where his primary role has been to develop growth areas within the industry and act as an in-house strategy consultant, managing teams of over 70 people.

Outside of his professional career, Tarek has worked closely with Jane Goodall, helping her launch and establish her Roots & Shoots programme in the UK and Europe. This involved an extensive media campaign, and being the president of the largest university group in Cambridge with over 2,000 members. He served on the committee of Keep a Child Alive UK, a charity that is dedicated to providing life-saving anti-retro viral treatment, care and support to children and families whose lives have been devastated by HIV/AIDS. He is also a member of the Under 35 steering committee of Chatham House, where his main area of focus is on the impact on development of foreign direct investing in sub-Saharran Africa.

For fun, Tarek is a seasoned athlete, having competed in several marathons as an elite runner and now in long distance triathlons, namely Ironman races, as a sponsored athlete with Triathlon Europe.