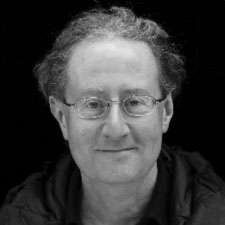 John Carlin is the American entrepreneur, art historian, record producer, and pop culture intellectual. After obtaining his BA from Columbia University, Carlin embarked on a varied career that has embraced Entertainment Law, Art and Popular Culture, Web Design and the Record industry. Along the way, he founded two innovative companies, wrote and published numerous articles in the fields of art and literature and produced 20 groundbreaking albums and related television programs, which incorporated the talents of leading performers, producers, directors and visual artists culminating in donations of over $10 million for AIDS relief worldwide.

Carlin’s first career began in the early 1980’s as a Professor of Art and Popular Culture after first obtaining his Ph.D. in Comparative Literature from Yale University. During this period, he served as the lead art critic for Paper Magazine, and curated museum exhibitions related to pop culture at many venues, including the Whitney Museum of American Art.

In 1990, John left the law firm PWRWG to co-found the Red Hot Organization, which became one of the leading international organizations dedicated to fighting AIDS through popular culture.

Since then, Red Hot has produced 20 groundbreaking albums and related television programs, incorporating the talents of leading performers, producers, directors and visual artists to give away over $10 million for AIDS relief, including over a million dollars from the album Dark Was The Night, an indie rock compilation produced with Aaron and Bryce Dessner of The National.

In the mid-1990s, Carlin founded Funny Garbage, one of the leading interactive development companies in the world, whose clients include MTV Networks, Cartoon Network, Comedy Central, Star Trek, Crayola, The Smithsonian Institution, PBS, CNN, HBO, Bloomberg, The City of New York, The School of Visual Arts, as well as cultural institutions like the Rose Center for Earth and Space at the American Museum of Natural History, the Whitney Museum for American Art, the Experience Music Project, and many others.