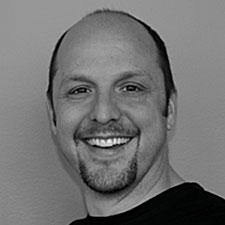 Social innovator, entrepreneur, and strategist, Jim Moscou has brought positive disruption and solutions to all he has done. He has led at the highest levels in three professions — journalism, advertising, and social entrepreneurism—and most recently served as Chief Executive Officer at the consumer goods firm, Sir Richard’s Condom Company.

As CEO of Sir Richard’s, Jim drove the company into two continents and triple-digit revenue, transforming Sir Richard’s into the fastest growing company in its category. Along the way, Jim launched a highly acclaimed condom distribution program in Haiti with Partners in Health. His achievements were noted when he was chosen in 2013 by DETAILS Magazine as a “Maker of the Year” — one of 34 visionaries: “These maverick thinkers have shrugged off the status quo and battled the headwinds of convention to bring creations to life.”

Previously, Jim served as Senior Strategist at the highly-regarded creative agency, Crispin, Porter + Bogusky, working with clients such as Al Gore’s Climate Reality project and Microsoft’s Windows 7 worldwide launch, one of the largest global campaigns to date. From CP+B, Jim next served as Managing Director at one of the most successful boutique creative agencies in the United States, TDA_Boulder, a firm that helped brand numerous, now-iconic companies. Prior to his work in advertising, Jim was an award-winning journalist, working for more than 15 years in the American West and around the world. His reporting, editing, and newsroom management reached audiences at Newsweek, US News & World Report, The New York Times, and Editor & Publisher, and his commentary has appeared on such outlets as the BBC, MSNBC, and Good Morning America. In 2001, he was selected as the American Journalism Fellow at the University of Oxford, where he wrote on globalization, terrorism, and their impact on shifting cultural and communication trends.

Raised in New Jersey, but a Colorado resident for the past 22 years, Jim earned a Bachelor of Arts from Hobart College (New York) in International Affairs, and a Masters in Journalism and Mass Communication from the University of Colorado, Boulder. Today, Jim lives in Boulder with his wife Margo, two children, one rescued Lab-mix, and (at last count) 11 chickens.