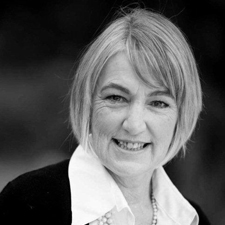 Jackie is a maverick crusader, sometimes scorned by those who consider themselves “more professional” or even more spiritual. But Jackie Branfield says she simply doesn’t have time to worry about what other people think of her. And it certainly doesn’t matter to the many abused children and women and people living with AIDS who she has helped over the years. This Amanzimtoti-based activist is something of a contradiction in herself. She feels nothing to fling herself on the floor, adopting either a “gynie” or “bum in the air” pose to illustrate what rape victims, young and old, are subjected to during medical examinations.

Jackie is a committed Christian. “My job is to do what He asked me to do and that is look after the widows and orphans”, she says. And that has involved, at times, taking on those of her own faith. “I couldn’t stand the attitude that HIV/Aids was a disease of sin – we Christians are the biggest NGO in the world and yet most were doing nothing. I would say to them, ‘don’t tell me you care, show me’. “Now they are showing me and for the first time in 10 years, I can say I am proud to be a Christian.”

It all began 20 years ago at the church youth group when youngsters started approaching her for help with problems. “I felt that while I was good at talking and listening to them, I couldn’t really help them. I had no education, no training and no money.” She realised she needed to heal, to put her own experience of abuse behind her, something she had attempted to switch off. “I was speaking to God and it came to me, that to forgive was not saying it was okay or that my abuser was right. It was simply a way for me to move on.” And so she did and the group grew and grew and began to include abused women and children from the surrounding townships and even Johannesburg.

Jackie was disgusted at what was happening at the police stations and hospitals where victims – often small children – would sit for hours, without a kind word, let alone professional help. As angry as she was, she realised the police and health care workers were swamped, inadequately trained and simply did not know what to do. So the Bobbi Bear Foundation was born. In the Care Bags which Branfield and her volunteers carry around with them are the essentials for victims of rape. The child uses the Bobbi Bear to point out where he or she has been hurt and the areas are marked on to the bear with the marker pen. This is all given to the investigating officer to assist with the formal police investigation.

Jackie Branfield officially founded Operation Bobbi Bear in October 2001. Jackie began the Lower Ilovo Tree Clinic in 1996, to prove that you can reach and make a difference in the community even if you have nothing to offer except yourself.

Her latest accolade has been to receive Unilever’s Twenty Inspirational Women Award, 2004.