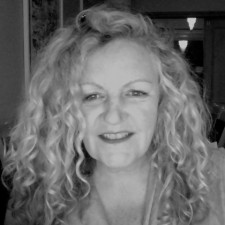 Compassionate and dedicated to helping children who are affected by the AIDS pandemic in South Africa and India Ellie Milner shares her skills to fund raise through the industry that  started her working life following her passion for music. While at the London College of Printing towards the end of the punk scene she expanded her love of music to include jazz, hip hop, dance and promoted gigs including The Mighty Diamonds, Afrika Bambaataa, Ronnie Jordon among many others. Moving on to the flourishing Dance music scene Ellie continued to promote in the UK featuring DJ’s including Todd Terry, George Morel, Kevin Saunderson, Masters At Work and Sacha through her organisations Drum, Big Love, Sundance and Bang. The events that always proved to be the most exciting and satisfying were those created to fund raise for Greenpeace, AIDS awareness and other causes.

Moving on from promotions Ellie began working with management for Neneh Cherry, she worked through early development to the signing and the release of the first single and album. After the success of Neneh’s first album The Cherry Bear Organisation sought to manage other acts and brought Massive Attack into development, signing their deal with Circa and the recording of their debut album “Blue Lines” and consequently managing Tricky through his formative years and developing the early days of Portishead.

During Ellie’s time at Cherry Bear she met with Leigh Blake who created Red Hot and Blue, the first album project to raise money for HIV/AIDS globally raising over $8million. Ellie worked with The Red Hot Organisations next project Red Hot and Dance that organised dance parties throughout the world that were filmed to create a TV documentary and a double album that secured the infamous George Michael track and video “Too Funky.”

When the Red Hot Organisation moved to USA Ellie changed careers and through teaching developed a currently thriving music department offering musical performance and music technology courses in an FE college in the South of England. This fitted perfectly with adding 2 boys Moses and Nelson to her family.

Over the years Ellie visited Leigh Blake in New York who had now set up Keep a Child Alive to provide care and treatment for children and their families affected by HIV/AIDS in Africa and India. Ellie developed a renewed passion for the work and was able to use her skills to help with the successful fundraising Black Ball events in New York. After a few years working remotely with KCA in New York Ellie set up the UK branch of Keep a Child Alive. In 2008 and created The Black Ball London creating funds for sites in India and Africa. 2012 saw the change of name from Keep a Child Alive to Arms Around The Child with a focus on orphans and children affected by the AIDS crisis providing loving homes, surrounding care, love, hope and respect.