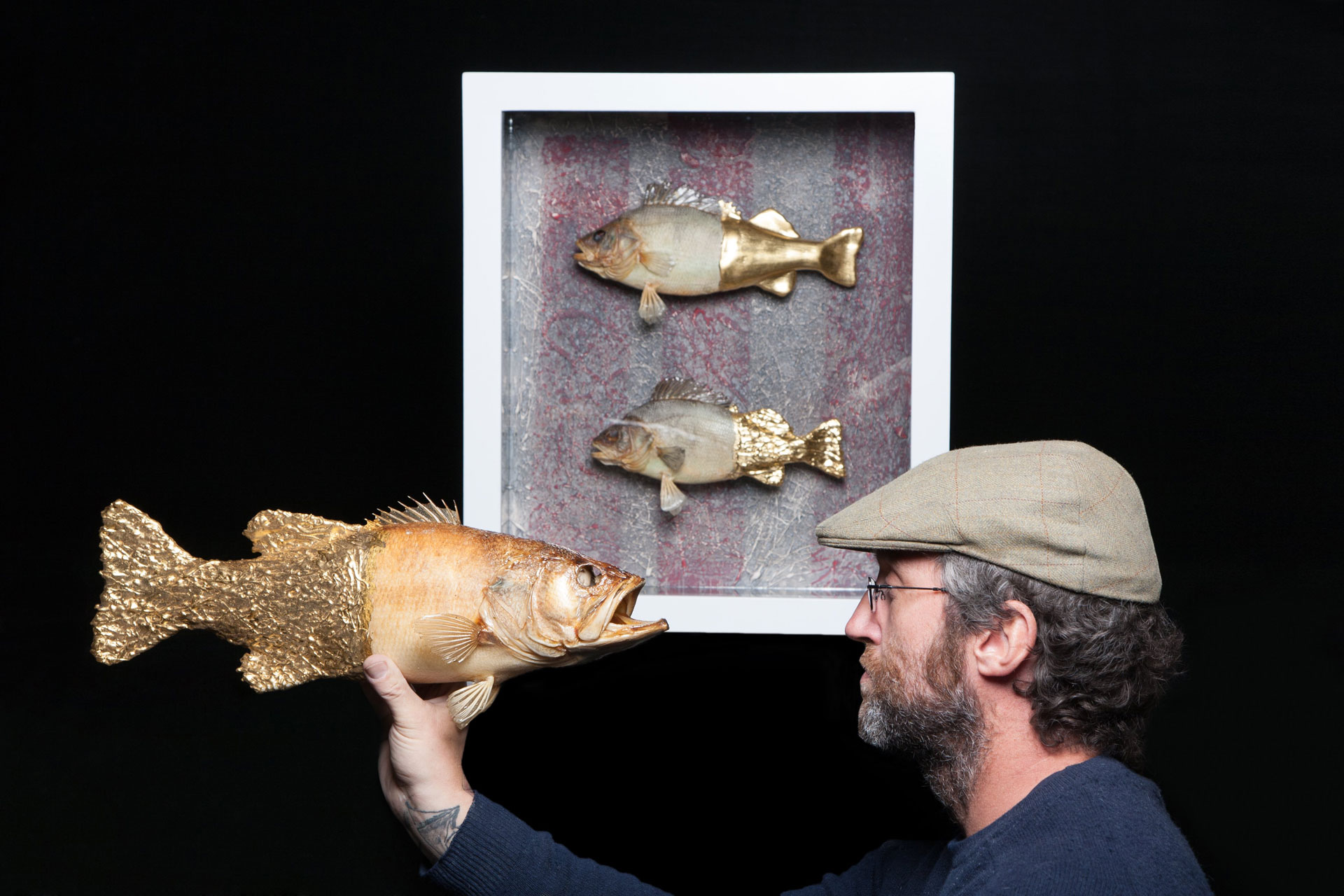 ART AROUND THE CHILD; Introducing Derrick Santini and Andrew Logan and Paul Broomfield

As soon as we contacted Derrick, this was the first image that popped into his head and it still rings true. It was shot in Mississippi in Nov 1989 at the Ely Cotton Ranch, I say ranch as they were cowboys the whole family, well all the boys were and farmed Cotton  in Mississippi.

They were a beautiful wholesome family I had the absolute pleasure to stay with for a week or so on a 3 month reportage assignment in Rural America. The added dimension was it was over Thanksgiving, the biggest holiday in the US and all about Family and friends and in this case strangers, as it was when I arrived in the small town of Shaw Mississippi the day before the holidays began. They openly, took me into their lives with my camera and conversation and we exchanged experiences together and I documented it all.

I really love this photograph and feel that The Ely Family encapsulate the values and notions of your charity, Our Family, “Home is where the heart is” Arms Around The Child. 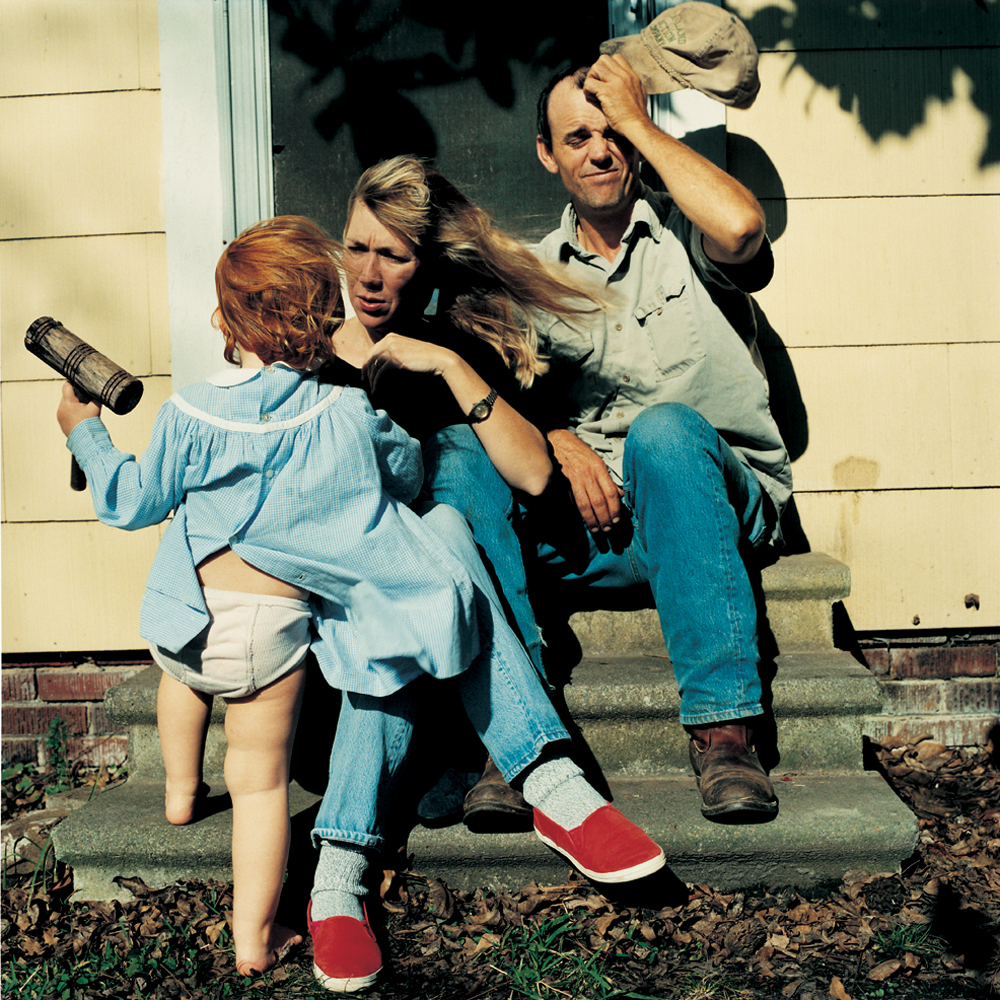 A splendid brooch depicting lord Ganesh in all his glory who is the focal point of this dazzling orange piece. Surrounding the holy Om (Aum) symbol are pieces of cut glass, some of which are hand painted bright orange with visible brush strokes, creating an effect which serves to blend the holy symbols with the bright orange adornments which surround it. The adornments consist of a frame of resin sprinkled with small dark orange

Swarovski crystals as well as a circular pieces of metal motif at bottom flanked by two pieces of glass rocks and a golden metal drop. Bordering the elephant god are flower crystals and cut glass with golden painted lines splashed with crystals.

This is a dazzling and super saturated piece which will surely stand out in any occasion and in any light. As with much of Andrew’s work it can be worn as a brooch or simply displayed as a piece of art. 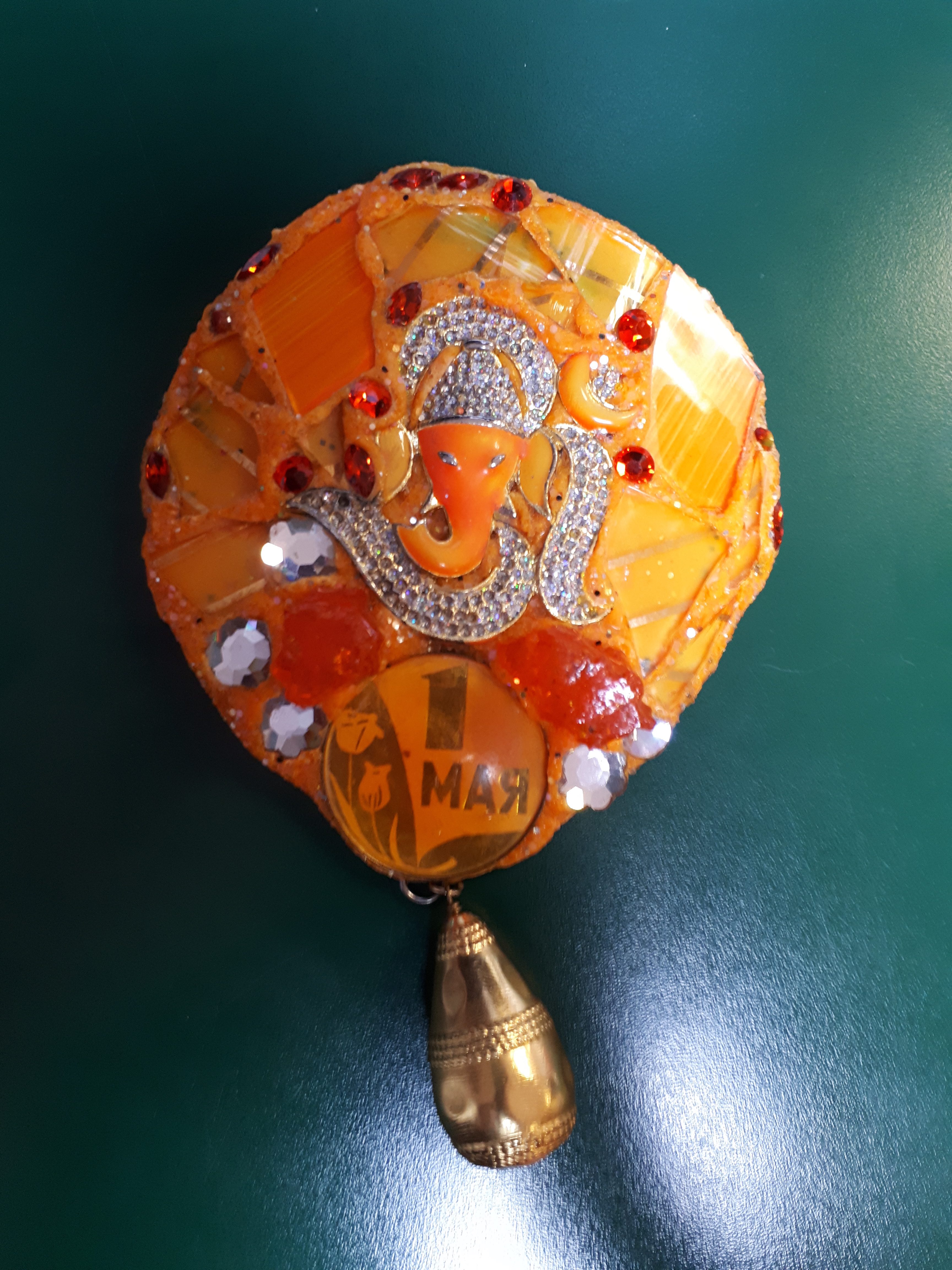 Born in the fishing village of Emsworth, Hampshire in 1969, Paul’s interest and fascination in the ocean and natural history, taxidermy and curiosities grew from an early age.

One of his greatest influences was his grandfather who was an eel fisherman and naive painter.

Trained as a cabinet maker, Paul began a carving and gilding apprenticeship with David Goodman, the fine art framer and paintings conservator. He has framed art works by David Hockney, Paul Nash, Renoir, Dali, Kandinsky, to name but a few.

In 2001 Paul moved to South West France where he spent several years sourcing unusual antique decorative objects at markets and brocantes for his assemblage work, selling to dealers and collectors in England.

As an avid collector himself, his attention to detail, expertise in traditional gilding, framing techniques and taxidermy skills combine to create his ethereal and magical assemblage boxes.

The taxidermy used in Paul’s work are mostly vintage pieces. Any new pieces are legally obtained.

Returning from France in 2007 Paul lives and works in North Devon near the sea, surfing and fishing. 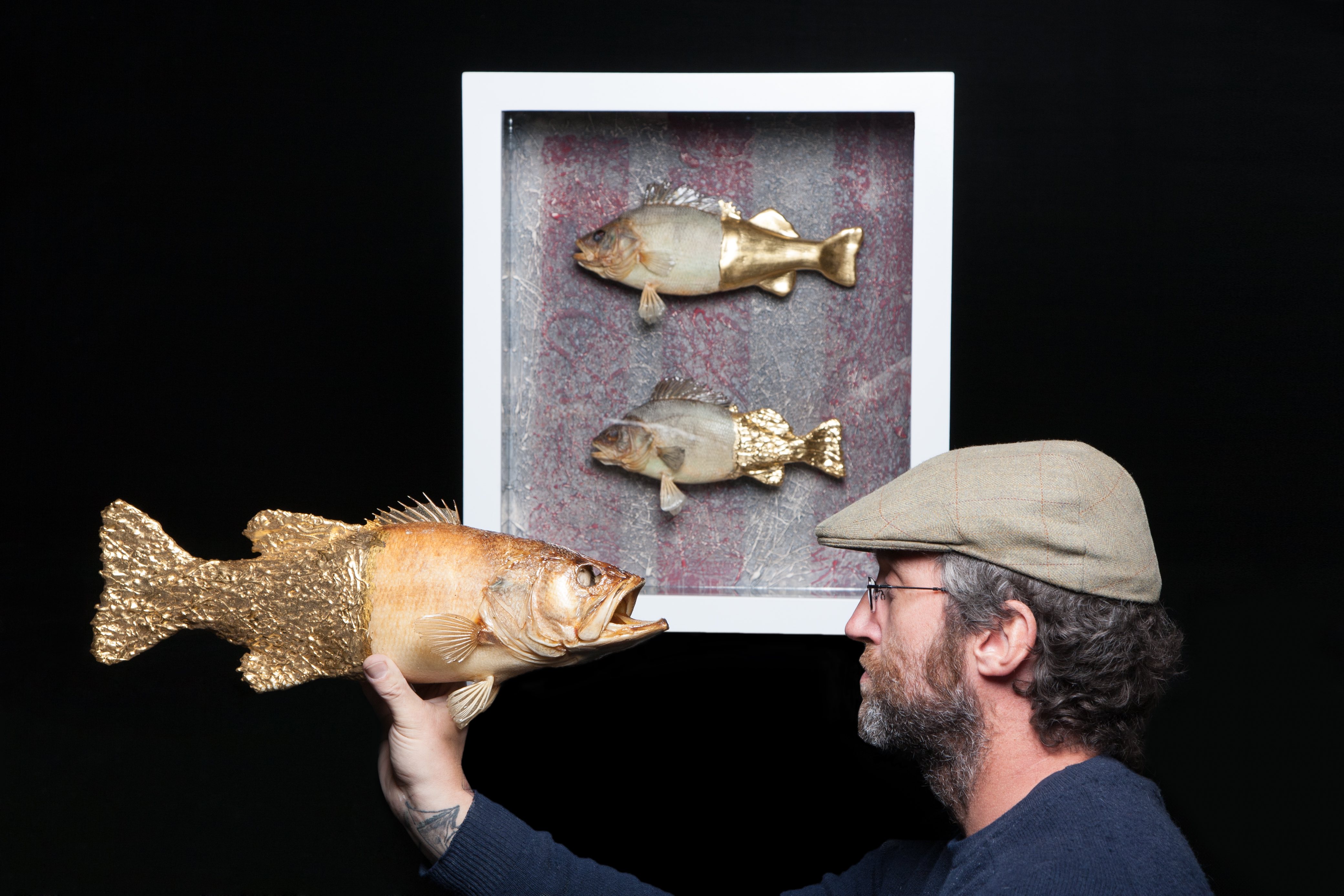 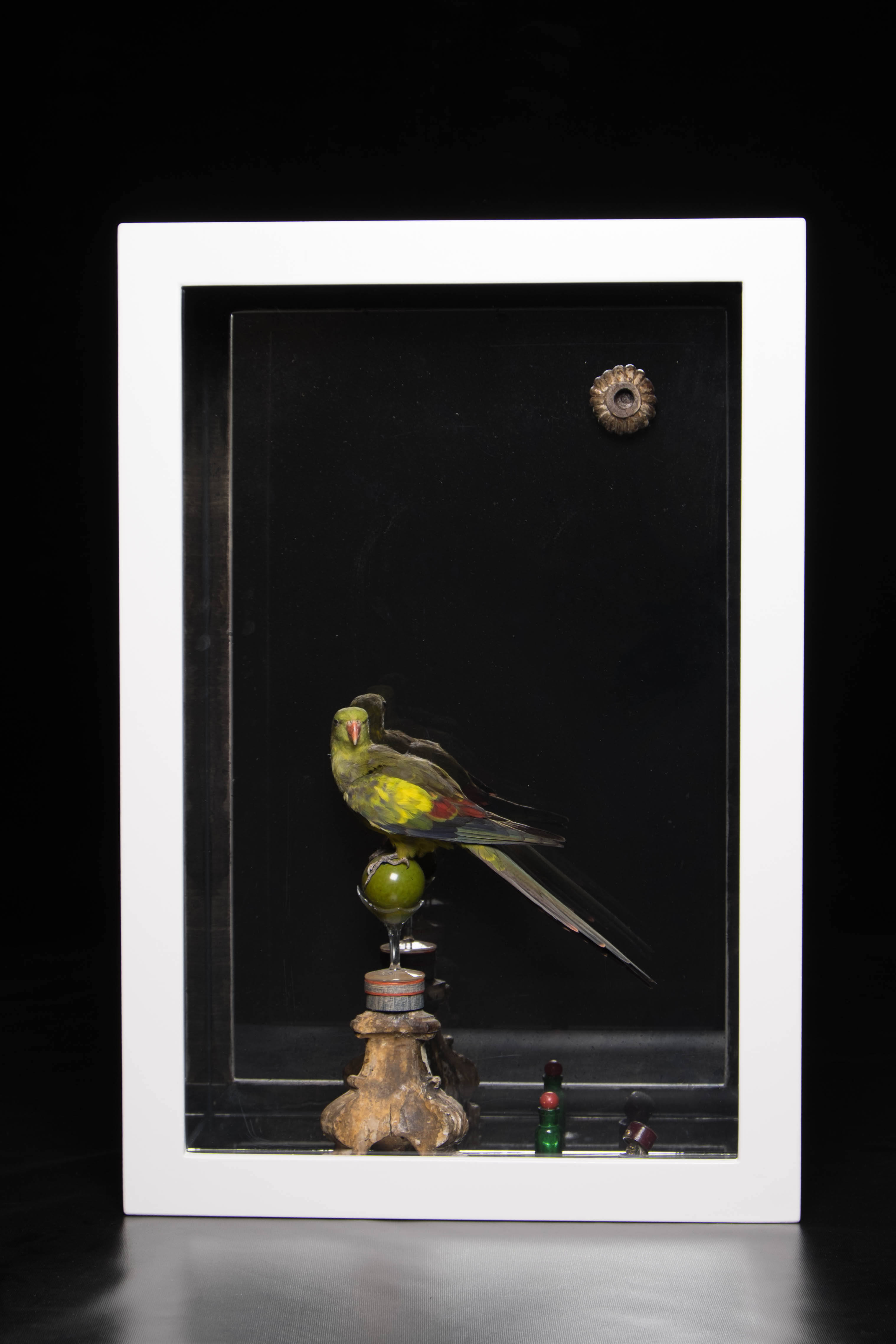