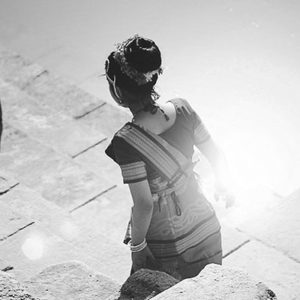 Anu is one of the oldest girls at Arms Around the Child’s care facility in Jaipur, India. Here is her story:

We had gone there after my father died of AIDS. He was an officer in the Indian army but after he had got sick he had to take a lower job. That brought shame on his family and when he died of AIDS they were even more ashamed and so they took our house and told us to leave and never come back.

I really love school and studying. Soon after I got to Faith they put me in the local school and gave me extra lessons at another school, which I really liked. I took my final exams last year and because I did so well I got into one of the best colleges in Jaipur, the Maharani Girls College, where I study a Bachelor of Arts degree in Dramatics, History and Political Science.

My favourite thing is drama and I hope that one day I can be a famous actress. I am really excited about the ‘Jairangam’ festival that is coming to Jaipur soon and the people at Faith say they can get me some tickets to see a show. I really hope I can go and take some of the younger girls here. I wouldn’t like to go without them as they are my family now and I want to make them happy.”